Big news for Ola electric scooter buyers, now this beautiful scooter will be delivered directly to your home 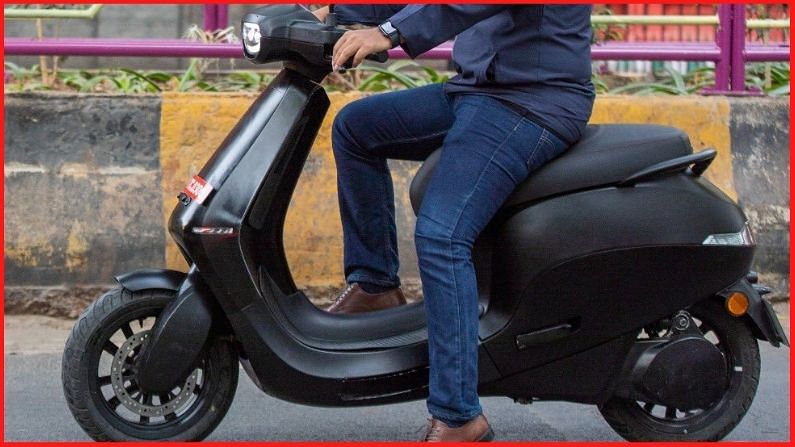 The CEO of the company is constantly knowing the opinion of the people regarding the features and other things of the Ola electric scooter. Bhavish is constantly doing polls on Twitter, due to which he is getting information about people’s likes and dislikes.

The OLA Electric Scooter is expected to have a range of 100-150 km.

Ola electric scooter to be launched in India soon. Post launch, this scooter will set a new path for the battery-powered two wheeler in India. The company has already revealed the top class features of this electric scooter. At the same time, customers are also very excited to hear its ride performance and range. But now many such reports are coming out in which it is being said that Ola Electric will follow the Tesla model and it will not have any dealer partner here.

It has been learned from the sources that the company will book the scooter online. In such a situation, the company’s CEO Bhavish Aggarwal on Friday asked his followers on Twitter whether they would like to visit the store themselves. In this poll, many customers put pressure that the scooter should be delivered online and it should be delivered directly to the house. About 4500 people replied on this tweet.

Let us tell you that Ola Electric has been consistently claiming that its scooter will come with class-leading features and ride capabilities. Most of the attention is going on the scooter that it can have a range of 150 kmph. Although it is also being said for this that it has been made for city ride, but in the coming time it can also be used for highway. The company is also keeping an eye on other scooters in the market and it is believed that this scooter will have the highest top speed and it can even surpass Ather 450X, Bajaj Chetak and TVS iQube.

Currently, the Ather 450X is the fastest electric scooter in the Indian market with an estimated figure of 80 kmph. The Bajaj Chetak and TVS iQube electric scooters are capable of top speeds of 70 kmph and 78 kmph respectively.

Ola Electric has started booking its upcoming electric scooter. This electric scooter can be booked by paying just Rs 499. This scooter will be charged up to 0-50 percent in just 18 minutes. It will take about 2 hours 30 minutes for its battery to be fully charged.

If you are also a fan of Royal Enfield Himalayan, then the company is bringing its updated version, see the first look of the bike

Kia launches its first digital showroom in India, know what’s special about it

Share
Facebook
Twitter
Pinterest
WhatsApp
Previous articleOldest vehicles ply on the roads of Delhi and Karnataka, you may also be shocked to know the figures
Next articlePegasus: After the uproar around the world, Israel’s NSO Group took a big step, the government of some countries will not be able to use Pegasus

Twitter may soon increase the 280-character limit, users will get many new features

Stock Tips: Invest in these four stocks including Reliance and Titan, you will get great returns amidst uncertain global conditions