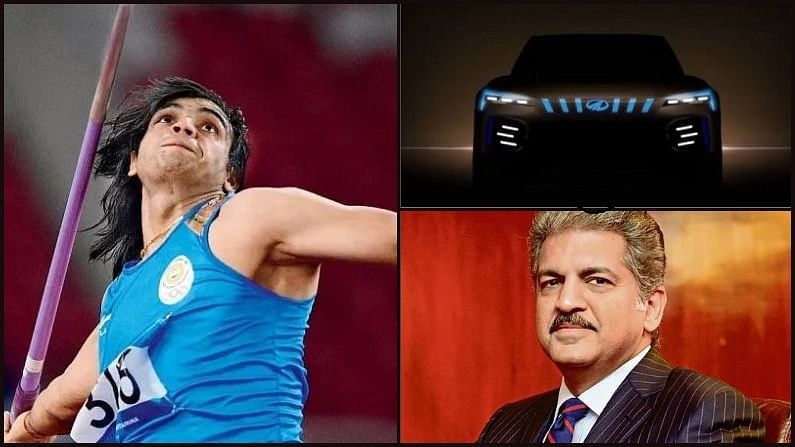 Anand Mahindra, chairman of Mahindra & Mahindra, has tweeted and informed that he will gift Mahindra XUV 700 to Neeraj Chopra. This SUV will be launched globally on August 15.

It’s raining gifts for Neeraj Chopra, a gold medalist in the javelin throw event at the Tokyo Olympics. The first person from the Indian corporate world to make an announcement in this regard was Mahindra Group Chairman Anand Mahindra.

Mahindra Group Chairman Anand Mahindra has promised to gift the company’s upcoming SUV XUV-700 to Neeraj Chopra, the country’s gold medalist in the javelin throw event at the Tokyo Olympics. Anand Mahindra announced this shortly after Neeraj won the medal.

In response to a tweet, Mahindra said, Yes absolutely. It would be my privilege and honor to gift the XUV700 to our Golden Athlete. Rajesh and Vijay please keep one (XUV700) ready for them. In this tweet, he has asked Rajesh Jejurikar, Executive Director of Mahindra & Mahindra Limited and Vijay Nakra, CEO (Automotive Division), to keep an SUV ready for Neeraj.

Yes indeed. It will be my personal privilege & honour to gift our Golden Athlete an XUV 7OO @rajesh664 @vijaynakra Keep one ready for him please. https://t.co/O544iM1KDf

The XUV700 is yet to be launched by Mahindra & Mahindra Ltd and in response to another tweet, Mahindra said that it will hand over the first vehicle to Neeraj as soon as the upcoming SUV hits the market.

Along with this, Pratap Bose, Chief Designer of Mahindra & Mahindra also informed that he is getting many suggestions for Neeraj Chopra’s special edition of Mahindra XUV. We too have some ideas at MahindraRise Design Studio. We will share more information soon. On this, Anand Mahindra thanked him while replying and said that you are working on it as fast as a spear, for which thank you.

Thank you guys, for moving as quickly on this as a javelin…😊 https://t.co/qI3RWotx9s

SUV to be launched on August 15

Let us tell you that the Mahindra XUV700 SUV has not been launched yet. It will be introduced globally on August 15 and even before the launch, the company has started the countdown for it on its website. New information is coming to the fore about this SUV. Going by the latest updates, while the top variant of the XUV700 will be fully loaded, the entry level trims will also get many amazing features.

According to the recently surfaced images, the lower trims of the XUV 700 will also get a Mercedes-Benz inspired screen setup that includes a digital driver display and an infotainment system. Along with this, it will get an electronic air-conditioning system, dual tone alloy wheels, panoramic sunroof, powered driver seat and headlamps with high beam assist.

The company will offer this SUV in two engine options which will include a 2-litre turbo petrol motor and a tried and tested 2.2-litre mHawk turbo diesel engine. In this, the petrol engine will generate the power of 200ps and the diesel engine will generate the power of 185ps. The lower-end trims of the Mahindra XUV700 will not feature AWD while the higher-end trims will include it. If we talk about transmission, then 6 speed AT and 6 speed MT gearbox will be given in it.